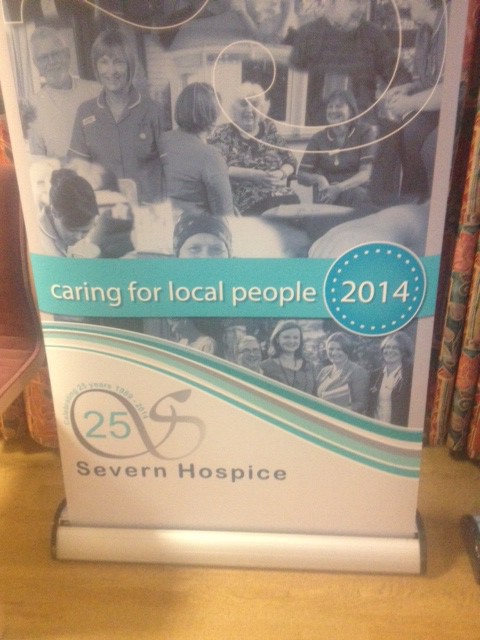 The High Sheriff was invited to attend an annual Hospice event thanking and awarding volunteers for their contribution to volunteering in the preceding 12 months, as well as presenting long service awards to those achieving the distinction of 5, 10, 15, 20 and 25 yrs of voluntary service to the Severn Hospice this year.

This year was a special cause for celebration as it was the 25th (silver) Anniversary and also the Volunteers had been awarded the Queen’s Award for Voluntary Service earlier on in the year.

Awards were given to gardeners, carers, catering staff, cleaners, as well as rewarding one volunteer for having set up a talking book tape/cd story/music library for patients to use. Every volunteer had a wonderful story to give, always going beyond the call of duty and showing great devotion to their role as a volunteer which the Hospice movement is totally dependent on. They could not be thanked enough.

As well as assisting in presenting some of the awards the High Sheriff was asked to give a short address to the volunteers, talking of his role as a High Sheriff and what he hopes to have achieved in his year of office. Due to there being quite a number awardees the day was divided into two similar sessions allowing for plenty of time for each individual award.

The hospice is always looking for volunteers in many different capacities from both management and caring. Do look at their website for further information.