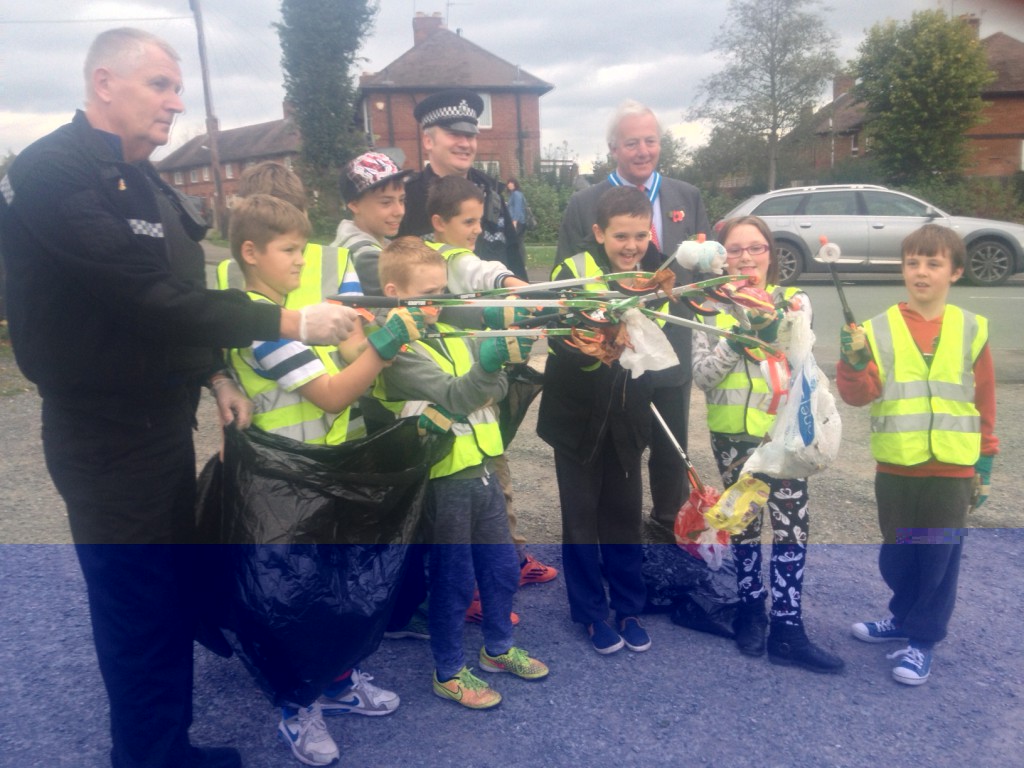 A brilliant initiative has been started by Pc Andy Gardiner to engage with the local community around the Ditherington area of Shrewsbury by getting some of the young children between the ages of 11 and 17 to go around their neighbourhood on a day during the school holidays to pick up litter.  Their reward for engaging in the activity is a day out at an Outward Bound Centre in Wales later the same week.

The full quota of 10 children turned up and with the help of the High Sheriff, a Police officer and two Police Community Support Officers  they donned gloves, high viz jackets, and were given a litter picking stick each and a large plastic bag between two.  They then set off on a round of litter picking for a could of hours.  Needless to say their large plastic bags were soon filled!

They were eager and enthusiastic, knowing that they were in for a fun day out. They agreed that it was better to have something to do than be bored at home, but they also agreed that dropping litter on the floor was was not the thing to do! They displayed a happy, confident attitude with the police officers which can only be good for helping to foster good relationships with the neighbourhood police.