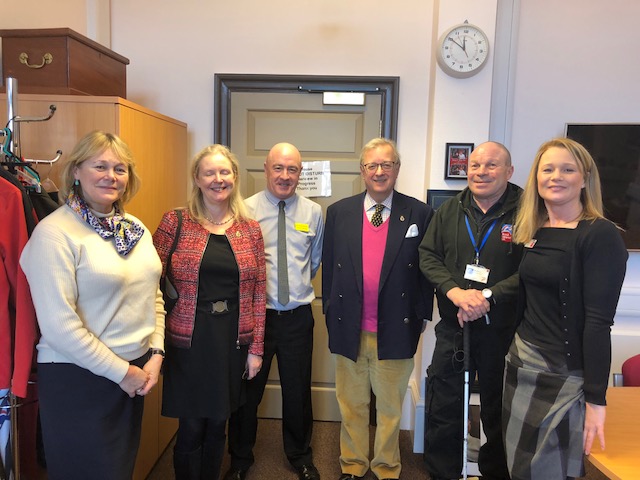 At the invitation of Mrs Charlotte Howard, High Sheriff of Clwyd, Veronica and I accompanied her on a visit to the Blind Veterans Charity in Llandudno. We were received by Mr Paul Wynne-Williams, manager of the home in Llandudno, and Nicky Shaw, Director of Operations (West). They briefed us on the charity’s mission of helping ex-service men and women who become blind either on active service or after they have left the forces. We were very impressed by the charity’s approach to the problems of blindness and the quality of the establishment at Llandudno. We were then shown around the home by Billy Baxter, an instructor who is himself blind, and who has appeared on Top Gear with Jeremy Clarkson and driven round the famous track. Billy’s extremely positive attitude to leading a full life despite his blindness was inspirational as was the general feeling of the home.